Patients who have experienced addiction, serious complications, or overdose after being prescribed with opioids may be eligible to pursue a claim and seek financial compensation.

Opioids are widely prescribed to manage and lessen both acute and chronic pain. While opioids proved to be effective for pain management, opioids are also highly addictive and pose numerous risks, including withdrawal and overdose. Currently, more than 600 local and state governments have filed lawsuits against healthcare providers, hospitals, pharmacies, and pharmaceutical companies for the ongoing opioid epidemic.

If you or a loved one suffered from addiction, serious complications, or overdose after being prescribed with opioids, contact Maxwell Law Group LLP today. We can answer your questions and review your case for free.

Important Note: Purdue Pharma will pay $8.3 billion for its role in the opioids epidemic, according to the Justice Department. This settlement does not end extensive litigation against Purdue – criminal investigations will continue.

How Do Opioids Work?

Opioids are a class of drugs used primarily for relief from moderate to severe pain. They can be extracted or refined from the poppy plant (morphine, opium, and codeine) or synthesized in a laboratory (fentanyl, hydrocodone, and oxycodone).

Opioid use has had a long history in the US: The first legislation to regulate the pharmaceutical marketplace was passed partly because of the overwhelming use of morphine back in the 1800s. Over the years, various drug acts were passed to further refine their usage, indications, and availability.

EXTRACTED FROM THE POPPY PLANT

SYNTHESIZED IN A LABORATORY

How Do Opioids Work?

Opioids are able to reduce and remove pain by inhibiting receptors in the brain, spinal cord, and other parts of the body that send out pain messages. Since these drugs can be given in a variety of ways (oral, rectal, intravenous, transdermal, among others) and since these drugs are highly effective in treating pain, they have been prescribed (and over-prescribed) in recent decades. 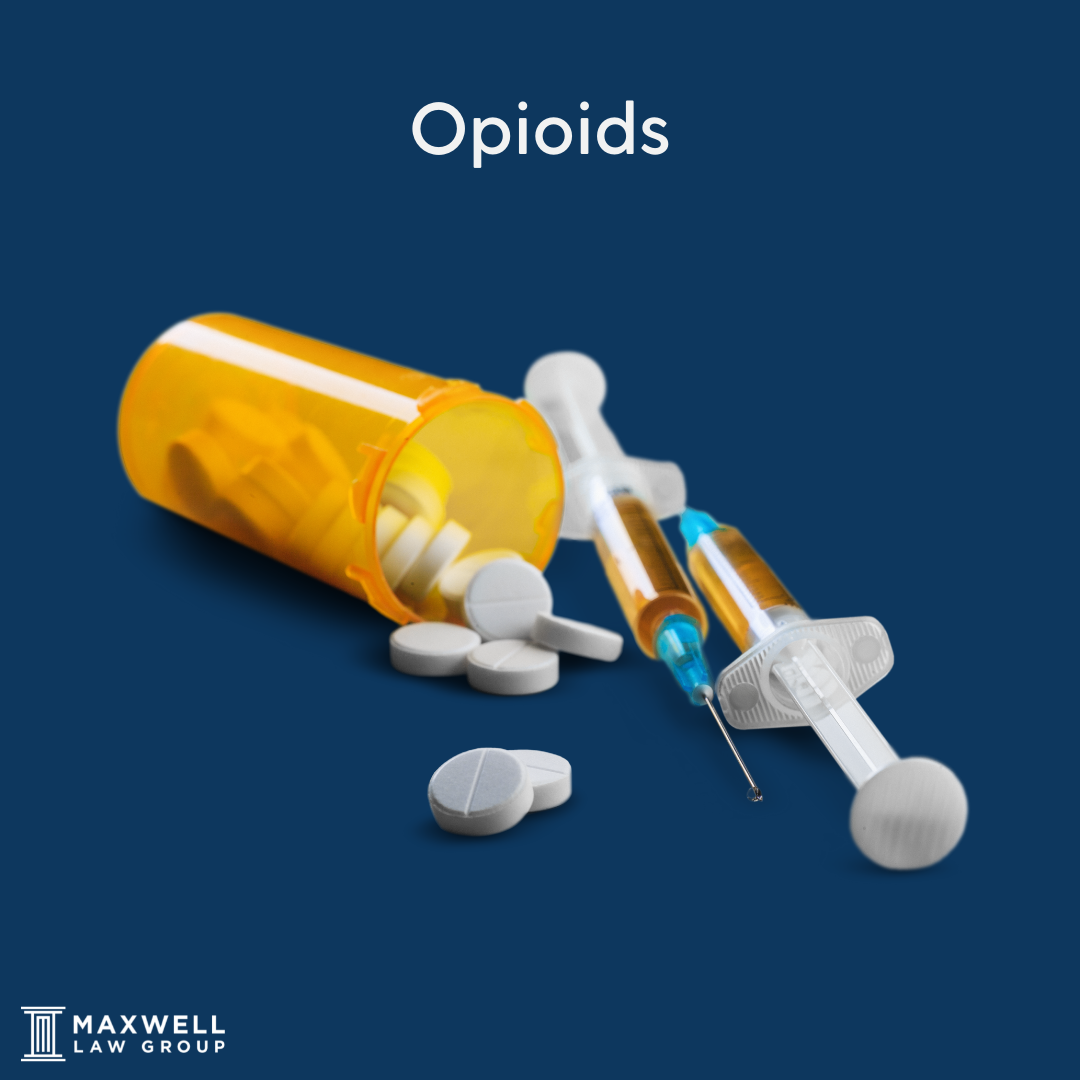 While opioids may on the surface seem like a valid solution for pain management, they should only be used for moderate to severe pain when the patient has not responded to other drugs because of the risk of addiction. Opioids not only block pain receptors; they also trigger the release of endorphins which are responsible for feelings of pleasure and well-being. Since this endorphin-releasing effect is temporary, users often attempt to recreate the endorphin release by taking the drug beyond what is prescribed. This is how opioid addiction starts.

Symptoms of opioid addiction include:

While opioids may on the surface seem like a valid solution for pain management, they should only be used for moderate to severe pain when the patient has not responded to other drugs because of the risk of addiction. Opioids not only block pain receptors; they also trigger the release of endorphins which are responsible for feelings of pleasure and well-being. Since this endorphin-releasing effect is temporary, users often attempt to recreate the endorphin release by taking the drug beyond what is prescribed. This is how opioid addiction starts.

Symptoms of opioid addiction include:

Aside from addiction, the Centers for Disease Control and Prevention (CDC) has identified other side effects associated with opioid use:

In March 2016, the FDA released a warning about the potential risks of opioid abuse, requiring safety labeling changes for immediate-release opioid medications. This includes a boxed warning highlighting the risk of misuse, abuse, addiction, overdose, and death related to the drug. Moreover, the FDA also required additional safety labeling changes across all prescription opioid products to give more details on the serious risks of opioid use.

Prior to the 2016 announcement, the FDA had also released a warning in 2013 for extended-release and long-acting opioid medications surrounding the risk of neonatal opioid withdrawal syndrome. Importantly, this change adds a clarification that due to the risk of abuse and addiction, even at prescribed doses, opioid analgesics should only be used when non-opioid medications and immediate release opioids had proven to be ineffective, inadequate, or could not be tolerated by the patient.

In June 2017, the FDA requested pharmaceutical company Endo Pharmaceuticals to remove reformulated Opana ER (oxymorphone hydrochloride extended-release) from the market due to concerns that the benefits of the drug do not outweigh the risks it carries. The decision was based on postmarketing data showing a significant shift of abuse by manipulating the nasal drug to administration via injection.


Meanwhile, in a more recent statement, the FDA issued a reminder to veterinarians regarding the growing issue of pet owners using prescribed opioid pet medication for themselves. The FDA published a resource their website for veterinarians to become more informed regarding the state and federal regulations on opioid prescription.

An analysis of 38 different studies in 2015 showed significant findings regarding misuse, abuse, and addiction to opioid use for chronic pain management. While rates of problematic use varied across studies from 1% to 81%, misuse was observed to be between 21% and 29%, with addiction averaging between 8% and 12%.

Health concerns are not the only issue with opioid abuse. In 2013, an analysis by the National Center for Injury Prevention and Control revealed that health care costs due to prescription opioid abuse, overdose, and dependence are estimated at $78.5 billion. Around one-fourth of the costs are shouldered by public sources, including Medicaid, Medicare, veterans’ programs, and other government programs.

Recently, state and federal governments have filed lawsuits against opioid manufacturers, alleging that the manufacturers deceived the public regarding the safety of these drugs. Fabricated research had been widely disseminated (research showing opioids carried low risks of misuse, addiction, and overdose). President Trump has declared the opioid crisis a nationwide public health emergency, prompting his administration to “use every appropriate emergency authority to fight the opioid crisis.”

One pharmaceutical company that is facing multiple lawsuits for their opioid product is Purdue Pharma, the manufacturer of Oxycontin. To date, several states, cities, and counties, including Massachusetts, New York, Colorado, and Oregon have filed lawsuits against the company.

Thousands of affected patients and families are also filing lawsuits against opioid manufacturers on the grounds of false advertising, aggressive marketing, over-distribution, and lack of proper monitoring of users. The pharmaceutical companies and manufacturers enjoyed huge profits from opioids, raking in $500 billion in revenues annually. These companies placed profits over people, deceiving the medical community and patients alike about the terrible risks and abuse of opioids.

If you or your loved one suffered from addiction, other severe complications, or overdose due to prescription opioid drugs, Maxwell Law Group can help get you the compensation you deserve. Call (844) 525-7155 or fill out the form below and we’ll investigate your case at no charge to you.