Patients who developed pancreatitis and pancreatic cancer while taking Januvia may be eligible to pursue a claim and seek financial compensation.

Januvia is a type 2 diabetes medication that helps control blood glucose by stimulating insulin production in the pancreas and decreasing glucagon in the liver. The drug has been linked with the development of pancreatitis and pancreatic cancer in some users. Lawsuits had been filed against manufacturer Merck & Co. for failing to warn the public against the drug’s risks and for continuing to promote the drug as a safe treatment despite safety concerns.

If you or a loved one was treated with Januvia and suffered pancreatitis and other pancreatic issues, contact Maxwell Law Group LLP today. We can answer your questions and review your case for free.

How Does Januvia Work?

Januvia (generic name: sitagliptin) is an oral diabetic drug that helps control blood glucose levels. It is prescribed to patients with type 2 and is sometimes combined with other diabetic medications. It belongs to a drug class called DPP-4 inhibitors like Onglyza.

The FDA approved Januvia in 2006 for the manufacturer Merck & Co. A year later, the company released Janumet, a combination of Januvia and metformin, another widely used medication for diabetes management. Januvia alone earned Merck & Co. $3.8 billion in sales in 2015, which grew to $3.9 billion in 2016. 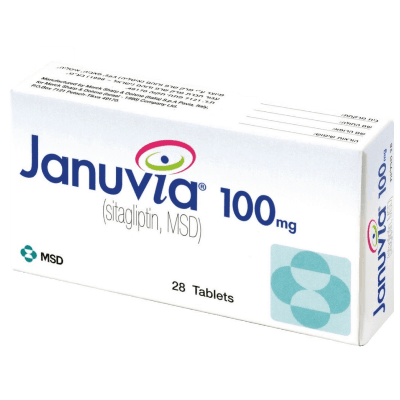 How Does Januvia Work?

Dipeptidyl peptidase-4 (DPP-4) is an enzyme that inactivates incretin hormones in the system. Januvia acts by blocking DPP-4 enzymes and slowing the inactivation of incretin, thereby maintaining and prolonging the effects of insulin. Insulin is needed by the body to absorb and use glucose from the bloodstream. Januvia can also decrease glucagon production in the liver, further decreasing blood glucose levels.

In 2009, the FDA required labeling changes for Januvia, specifically requiring information about its risk of acute and necrotizing pancreatitis among its users. This came after the agency received post-marketing reports citing these adverse events. Healthcare providers were instructed to monitor for signs and symptoms of these illnesses in patients taking the drug.

This was followed by a warning letter to Merck & Co. from the FDA regarding a required post-marketing study for Januvia. The company was required to complete a pancreatic safety study.

The FDA released a safety communication in 2013 indicating that the FDA would be investigating the possibility of increased risk of pancreatitis and pre-cancerous cellular changes related to incretin mimetic drug use, including sitagliptin (Januvia). This was based on an examination of pancreatic tissue specimens taken from patients who had died from unspecified causes. The agency has coordinated with researchers for further investigation of the association between these drugs and pancreatic toxicity.

Meanwhile, Janumet, the drug combination of sitagliptin and metformin, has a black box warning about lactic acidosis which can occur due to metformin accumulation. Several conditions also increase this risk, including sepsis, dehydration, excessive alcohol intake, liver and kidney issues, and acute congestive heart failure.

A study conducted in 2016 aimed to measure the pancreatic safety of sitagliptin in the TECOS study. It gathered data from the Trial Evaluating Cardiovascular Outcomes with Sitagliptin (TECOS) study, which focuses on the cardiovascular safety of the drug. Of the 14,671 participants in the study, 23 suffered from pancreatitis, 4 experienced severe pancreatitis, and 2 had fatal side effects. Pancreatic cancer, however, had a lower occurrence among those using the drug compared to the placebo group. It was concluded that while pancreatitis and pancreatic cancer were uncommon events in sitagliptin users, suggests a small absolute increased risk for pancreatitis.

In another study conducted by researchers from UCLA in 2009, Januvia was found to cause abnormalities in the pancreas, which were considered risk factors for pancreatitis and pancreatic cancer. The researchers administered sitagliptin, metformin, and a combination of both to a total of 40 laboratory rats and observed them for 12 weeks. The combination had a synergistic effect that helped preserve and improve the function of insulin-producing cells. However, the rats that received sitagliptin alone had abnormally high rates of pancreatic duct cell production. Some developed ductal metaplasia, which is considered the main origin of pancreatic lesions that later develop to cancer. Another test subject developed pancreatitis.

Lawsuits against Merck & Co. were filed by patients and families affected by Januvia and its potentially deadly complication. In 2013, 53 lawsuits including those against other incretin mimetic drug makers were consolidated into litigation (MDL No. 2452) to fast-track the process. The MDL was initially dismissed by a judge in 2015.

In 2016, the case was appealed to the to the Ninth Circuit U.S. Court of Appeals, citing misinterpretations of the judge with the pre-emption law. The case was reinstated in December 2017, with bellwether trials scheduled in January 2020. Currently, there are around 1,000 lawsuits in the MDL, with more expected to be added soon.

The lawsuits against Merck & Co. claim that the company failed to warn the public about the drug’s risk associated with pancreatitis and pancreatic cancer and actively hid these dangers to the public. The manufacturers should have known about these risks prior to releasing the drug into the market and should have provided adequate information to consumers and health providers.

If you or your loved one suffered from pancreatitis or pancreatic cancer from taking Januvia, Maxwell Law Group can help get you the compensation you deserve. Call (844) 525-7155 or fill out the form below and we’ll investigate your case at no charge to you.